Our most recent program was on the Sunday after Spring Break. In hindsight, not the best date for a program! We had two kids show up, and their parents. So, a small group, but we had a great time anyway, and asked lots of good questions.

In preparation for this program I visited my guest, Jess Magaña, at the OSU Zoology Department where she does her research. I took some pretty good photos of lizards in their cages... 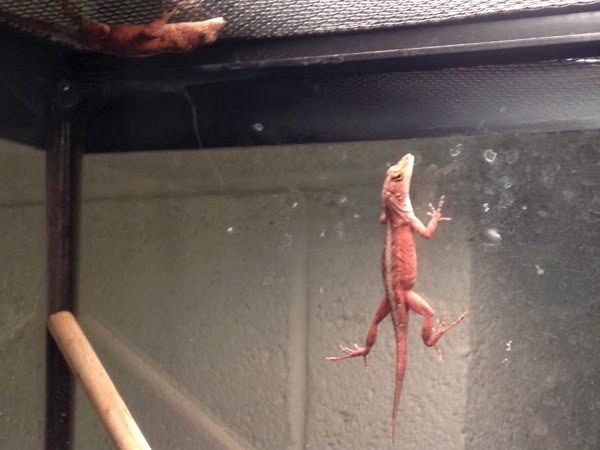 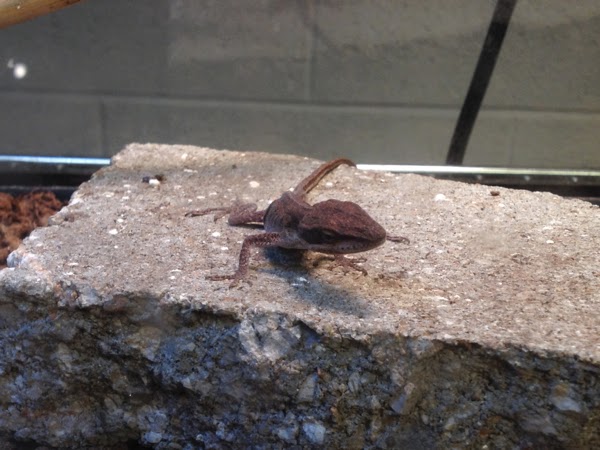 I kicked the program off with a new song, "My Lizard Brain," which is basically about how mysterious it is the way we humans make decisions, and maybe that it has a lot to do with the way other animals make decisions, since we've retained a lot of ancient circuitry in our brains through the process of evolution. I expressed all that in the form of a love song, which my wife, Lisa, finds intriguing - it's the second lizard love song I've written. I don't know if that's a coincidence or a "thing." Maybe a lizard love CD is in the works.
Jess's research was inspired by thinking about how lizards make decisions about allocating their energy. In particular, how does a female lizard decide (and we use the word "decide" loosely here, since it probably isn't a conscious decision being made) how much energy to put into making eggs and babies? I asked everyone to think like a lizard and allocate some energy to various lizard activities such as finding food, defending territory, and reproduction.


Just like in real life, we got lots of different answers for our imaginary lizards. We talked about different kinds of things that might effect a lizard's choices. The thing that Jess was most interested in is what's called "the experience effect." Lots of animals' behaviors are known to be effected by things they've experienced in the past. Jess wanted to know whether a female lizard would put more or less energy into her eggs and offspring according to whether she has won or lost fights for territory in the past.

To find out, she paired female lizards in conflict situations by putting one lizard into another's territory. After ten minutes she removed the interloping lizard, effectively making it the loser. Then she followed the winners and losers over time to see how they did with their eggs and offspring.

During our program tried putting two males together in a cage, so we could observe some of the aggressive behaviors. We saw the lizards move toward one another and bob their heads. We didn't see them display their dewlaps, though, as they often will.


Jess found in her study that the lizards who lost territorial fights put less energy into their offspring and more energy into their own upkeep. Those who had won the fights gained less weight and hatched heavier babies. Moreover, the effect was increased with the number of fights. The heaviest babies came from the lizards who had won two or three fights instead of just one.

One of our attendees suggested that the lizards who win fights can get the best territory with the most food, and therefore it makes sense that they would spawn larger offspring. That's probably true of lizards in the wild. 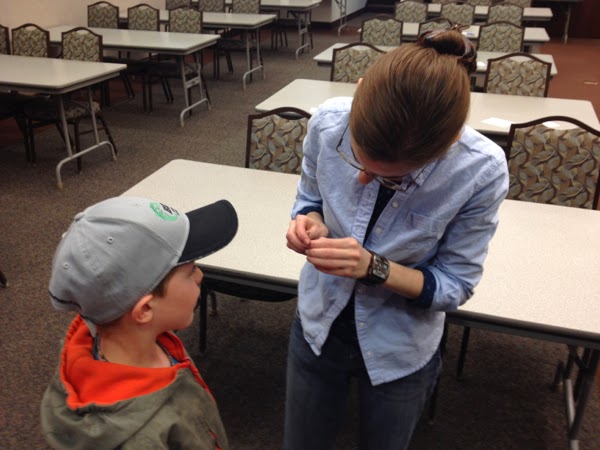 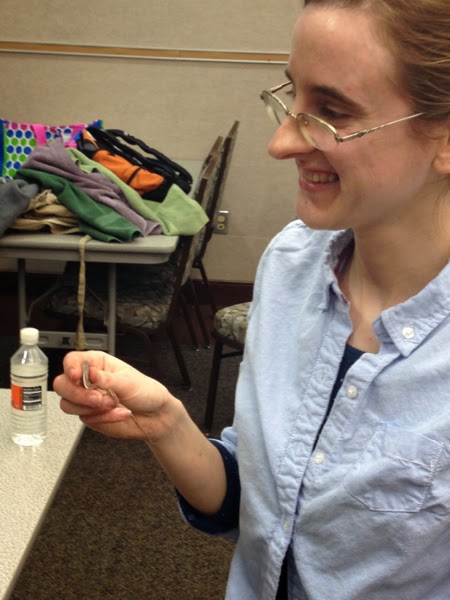 Next time we'll be delving into the teeny tiny world of proteins and trying to figure out how those micro-machines that run our bodies do what they do!

Email ThisBlogThis!Share to TwitterShare to FacebookShare to Pinterest
Labels: lizards, Past Events, Zoology